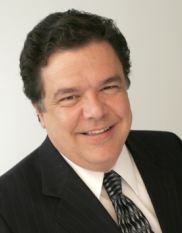 Reinaldo Panico Peres brings over 28 years of expertise in doing business internationally with a specialized focus in global business relocation, M&A and Greenfield projects in the United States and South America. Panico is president of No Borders Consulting Group, focused on helping commerce eliminate borders through identifying, facilitating and creating economic opportunities for businesses to build, grow and expand internationally.

Prior to establishing No Borders, Panico served as Executive Vice President for SABO USA and Director of SABO Group in Brazil. Under his leadership, Panico helped SABO established its first North American manufacturing operation, successfully negotiating over $1.3 million in incentives with the State of North Carolina and Lincoln County for the company’s first U.S. facility location, and then helping the company realize 550% growth in revenue over a 12-year period. His success with SABO resulted in other companies and economic development groups seeking his expertise, resulting in establishing No Borders Consulting in 2010.

In March of 2011, Panico was honored to be invited to participate in the US-Brazil Executive Summit that took place during President Obama’s first visit to Brazil. The Summit raised awareness and the relevance and value of Brazilian and U.S. business relations for global expansion and collaborations. In 2010, he led a trade delegation to Brazil for NC Secretary of Commerce, Keith J. Crisco, in conjunction with Charlotte Regional Partnership.

Panico has a Bachelor of Science in Mechanical Engineering from FEI – Faculdade de Engenharia Industrial and an MBA from The University of Texas. Today, he and No Borders are providing expertise to economic development organizations as well as corporations across the United States and in Brazil, Argentina, Colombia, Mexico, Spain, and India. 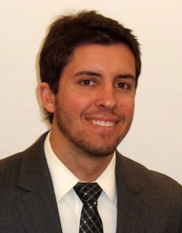 Rafael S. Altmayer brings extensive knowledge of American and Latin American cultures combined with strong leadership, analytical, interpersonal, and multilingual skills to his role as Vice President for No Borders Consulting Group. His responsibilities include planning, coordinating, and managing all aspects of hosting international delegations, overseeing corporate communication initiatives, performing corporate finance and accounting functions, evaluating potential relocation or expansion investment opportunities, as well as conducting due diligence research on behalf of clients and No Borders.

Prior to joining No Borders, Rafael graduated with honors with a B.S. in Economics and Finance from Gardner-Webb University. Upon graduation, he returned to his native country of Brazil and became a licensed stockbroker for an investment firm.

He then decided to deepen his education and returned to the States to continue his studies, earning a MBA from Pfeiffer University in North Carolina. During which time he also worked as an intern at Lincoln Economic Development Association and the Charlotte Regional Partnership respectively. As a native Brazilian, his internship role consisted in managing all aspects of international delegation trips to Brazil and hosting receptions of delegates to the United States from Brazil. The success of the tour resulted in Rafael deciding to leverage his competency in the area of Foreign Direct Investment between the United States and Latin America, specifically Brazil.

In 2011, Rafael went to Brazil to present the Charlotte Region to executives and dignitaries seeking international investment opportunities. Among his roles, Rafael was a featured speaker to business owners at FIERGS – the largest industry association of the state of Rio Grande do Sul. He also addressed international business graduate and undergraduate students at PUCRS – Pontifícia Universidade Católica do Rio Grande do Sul. 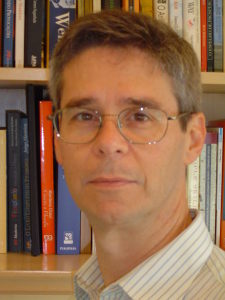 Banzato is the Country Manager in Brazil for No Borders Consulting Group. His main responsibility is to understand the requirements of our Brazilian customers interested in doing business in the United States, identify their needs, and work with the No Borders team located in the U.S. in order to provide the customers with the solutions, counseling, and operational support required for them to be successful.

Marco has over 27 years of experience in leadership positions in both Brazilian and American companies, small and global ones.

His executive career started back in 1985 when he accepted an assignment for managing the manufacturing technology transfer of an industrial process control system from Fisher Controls, USA to a small company in Brazil.

In 1987, he was invited to join the start-up Sid Telecon, where he put together and managed a product engineering team responsible to implement an outsourced manufacturing operation for the telephone switching equipment developed by the Telebras R&D Labs. With the establishment of a joint venture between Sid Telecon and AT&T, Marco joined the new company as its industrial manager, responsible to implement and support its manufacturing operation in the Manaus free trade zone located in the State of Amazonas.

In 1997, Lucent Technologies took over the joint venture and decided to change its strategic focus to the brand new cellular technology. They sent a team of six people to Brazil from its Columbus, OH plant to start-up this manufacturing operation. Marco was then invited to join the team and participate in this greenfield enterprise – from its feasibility studies (including site selection), through its plant construction and, finally, establishing its manufacturing infrastructure. As the business grew, Marco moved through several leadership positions and, in 2000, became the Manufacturing VP of Lucent Technologies in Brazil. In addition to his manufacturing responsibilities, between 2004 and 2007, Marco oversaw all the logistics and customer care operating functions in Latin America and the Caribbean region, leading a team located in Argentina, Brazil, Venezuela, Mexico and US.

In 2007, Marco has started his own consulting firm on business management, focusing primarily on people management.

Marco graduated in electrical engineering from ITA (Aeronautics Technology Institute). He has a Master of Science degree in systems engineering from INPE (Space Research National Institute), an Executive MBA from BSP and a training program in Managing in the Global Economy from Rotman School of Management, University of Toronto.